Meteora is a rock formation in central Greece hosting one of the largest complexes of Eastern Orthodox monasteries. Somewhere between earth and sky, suspended in the air, isolated from the rest of the world is located the human’s architecture miracle, the worldwide famous “Meteora”, a complex of monasteries that have survived over hundreds of years, monks that until today keep alive the customs of true orthodox religion. 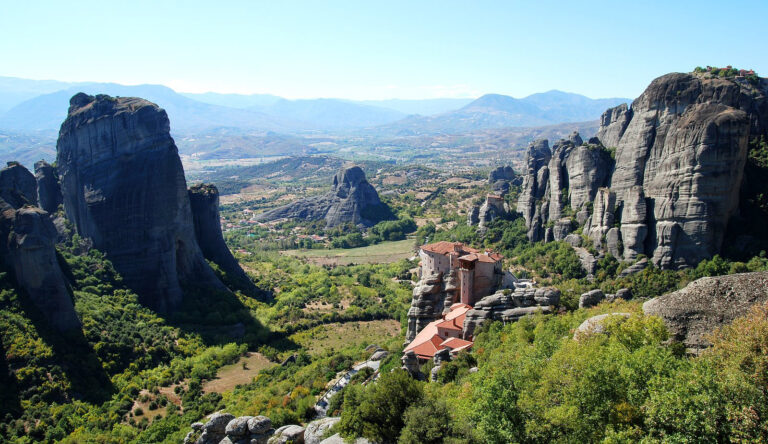